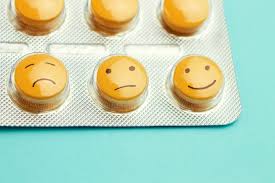 Over the past years I’ve encountered a growing number of people who feel dissatisfied, detached and anxious from the work environment. Some say they lack a sense of belonging or are unsure how to fit in (reinforced by the Covid-induced hybrid work environment). Others are disappointed by an absence of empathy and feel detached. Reasons vary and include contempt about politics, excessive red tape, micro-management and lack of trust as a result. But what I found particularly surprising is that so many of them (have come to) think of their job as meaningless. But even that creating an enabling environment can be complex, leaders do have an opportunity to address this costly issue. For this we need to take a closer look at how our brains get and stay engaged.

Those who have a “why” to live, can bear with almost any “how”, wrote psychiatrist Viktor Frankl in his famous book “Man’s search for meaning”. The same is true for that the absence of ‘why’ can make unbearable almost any ‘how’. The question of meaning -or purpose- remains one of man’s greatest inquiries of life. The world’s religions have thrived on this big question. Research shows that purpose driven organisations produce healthier and more engaged workplaces. People inside such workplaces are motivated more by the difference they make than just by what they do on an average working day. In the face of setbacks, they are more likely to hold on.

Purpose and beliefs are essential for our survival as a specie. Recently published research from Brazilian researchers shows that religious beliefs alleviates depressive symptoms in believers. They concluded that intrinsic religiosity has a protective effect against depression symptoms, but it occurs indirectly via meaning in life. Other research shows that people with higher levels of purpose in life is linked to lower cardiovascular risk. A higher sense of purpose reflects something more aspirational than your quarterly or annual targets and -this is the magic- may be achieved. If that sounds weird, read on.

It’s in our biology

Religion and purpose (in a way the organisation’s “religion”) are not that far apart. Where a shared vision is finite, purpose is a self-perpetuating infinite motivational force. Purpose is a reflection of hope; derived from a belief that something better is out there for us. Being purposeful feels so good because it is tied to our brain’s reward system: dopamine. And we all want it. Lots of it. Economies exist only because of this fascinating compound. Just remember that time you really liked someone and were anxiously waiting for your call to be returned. That feeling? That is dope (with some of his friends).

In his ground-breaking research, renowned neurobiologist Robert Sapolsky revealed how more dopamine is produced in the pursuit of reward. He demonstrated this by measuring dopmine levels in monkeys when given a task. The monkey first received a treat for a lever pressing task, but when on the next occasion the treat was not given, dopamine levels spiked substantially higher on the next attempt. Conclusion: the prospect of reward -the “maybe” factor- motivates far more than the reward itself. In other words, the stronger we believe reward will come our way, the more purposeful we feel about what we do. That explains why we’re more likely to hold on when things (or life) challenges us.

Reward and behaviour have been subject to research for a long time. In the 1960s, Stanford professor Walter Mischel already conducted a series of psychological studies about resistance to the temptation of an immediate reward (a.k.a. instant gratification). Children who participated as toddlers and resisted the temptation, turned out to be more successful in their lives as young adults. Perseverance and patience were amongst the distinctive traits they had developed much more compared to the other children. The study’s data was replicated in 2018 to examine the study’s predictive ability.

Leveraging purpose through your leadership

Purpose -thanks to dopamine- is the organisation’s antidepressant. Purpose driven organisations therefore observe lower attrition rates and higher engagement scores. And -no surprise- make for better mental health. Purpose-driven companies witness higher market share gains and grow on average three times faster than their competitors, all the while achieving higher employee and customer satisfaction. Companies such as Unilever, Patagonia and many others know this. Unilever even built a complete -research based- leadership framework around it. Over 55.000 of its staff discovered their purpose through worldwide facilitated workshops. It explains why people are excited to work with them and less with their classic competitors who don’t operate by a narrative of purpose. And stay on.

If you as an organisational leader just follow the science, you have an opportunity to shift your narrative from what you do towards the difference you seek to make. This way you can cultivate a sense of purpose. A shared belief around a common cause is what keeps people going. Hope equals dope.

Sparks of the year

My story to purpose

The neural power of mindfulness

This website uses cookies to improve your experience while you navigate through the website. Out of these, the cookies that are categorized as necessary are stored on your browser as they are essential for the working of basic functionalities of the website. We also use third-party cookies that help us analyze and understand how you use this website. These cookies will be stored in your browser only with your consent. You also have the option to opt-out of these cookies. But opting out of some of these cookies may affect your browsing experience.
Necessary Always Enabled
Necessary cookies are absolutely essential for the website to function properly. These cookies ensure basic functionalities and security features of the website, anonymously.
Functional
Functional cookies help to perform certain functionalities like sharing the content of the website on social media platforms, collect feedbacks, and other third-party features.
Performance
Performance cookies are used to understand and analyze the key performance indexes of the website which helps in delivering a better user experience for the visitors.
Analytics
Analytical cookies are used to understand how visitors interact with the website. These cookies help provide information on metrics the number of visitors, bounce rate, traffic source, etc.
Advertisement
Advertisement cookies are used to provide visitors with relevant ads and marketing campaigns. These cookies track visitors across websites and collect information to provide customized ads.
Others
Other uncategorized cookies are those that are being analyzed and have not been classified into a category as yet.
SAVE & ACCEPT